“I knew that if I defined Conor by that one moment–as a murderer–I was defining my daughter as a murder victim.  And I could not allow that to happen.”  –Kate Grosmaire, mother of Ann

In March 2010, a young man from Tallahassee, Florida, Conor McBride, shot his girlfriend Ann Grosmaire in the head.    Both were 19-years-old at the time, and had been a couple for three years. A fight that reportedly lasted two days and nights culminated in Conor taking his father’s gun and shooting Ann as she was on her knees.  She died four days later when she was removed from life support. Their families, friends, and the surrounding community were left stunned and broken.

A New York Times Magazine article published this week ( www.nytimes.com/2013/01/06/magazine/can-forgiveness-play-a-role-in-criminal-justice.html?smid=pl-share ) tells the extraordinary story of how Ann’s parents resolved to practice the  forgiveness that is at the center of their Christian faith. Importantly, we learn how they engaged a process of restorative justice that offered some measure of healing for everyone devastated by the tragedy.  The story is beautiful, anguished, honest, and hopeful. To try to recount all the details here will diminish its power; I urge anyone to engage the Times article and an equally powerful piece, The  Day the Jail Walls Cracked,written by Sujatha Baliga, a restorative justice professional who participated actively in the process (tikkun.org/nextgen/the-day-the-jail-walls-cracked-a-restorative-plea-deal)

I would like to note several important qualities of forgiveness that are poignantly expressed here:

—Forgiveness honors the authenticity of our relationships with one another. Both of the families acknowledged their deep connection with one another not only before but after the tragedy. They affirmed their love for each other’s children. When Conor McBride’s  parents heard  what their son had done, his mother, Julie, urged her husband to go directly to the hospital where Ann was being treated before going to see their son in jail.  A stricken and nauseous Michael McBride entered the hospital hallway filled with Ann’s loved ones, not knowing what to expect.  Ann’s father Andy came and embraced him with a  generous and painful honesty: “Thank you for being here, but I might hate you by the end of the week.”  The Grosmaires credit Michael McBride’s presence at the hospital as instrumental in opening the path to healing.

—The practice of forgiveness is not just a single decision but is instead a way of being (manifested in relationship).  “The Christian practice of forgiveness involves a whole way of life, a way that is shaped by an ever-deepening friendship with God  and with other people . . . Jesus in his ministry gives forgiveness a human, physical form, showing us a way of life we are called to imitate. (L. Gregory Jones)”  Both  Kate and Andy Grosmaire desired from the beginning to forgive Conor, recognizing that our own experience as forgiven people makes such forgiveness possible and necessary.  The Times article  says: “Ann’s parents strive to model their lives on those of Jesus and St. Augustine, and forgiveness was deep in their creed.” Thus, like the Amish community in the wake of the Nickel Mines tragedy, they have been operating from a spiritual core. Their belief, and the disciplines that they had committed themselves to,  not only equipped them to act in intentionally in the midst of unspeakable  horror but sensitized them to dimensions of grace present in even the most awful situation.  Andy felt from the beginning that he heard Ann’s voice begging him to forgive Conor.  He resisted initially, but this gave way to the profound experience of encountering the presence of Jesus in his wounded daughter.   When Kate undertook the difficult journey of visiting Conor (he had put her on his jail visitation list) she was strengthened in carrying the message of Andy’s love and forgiveness as well as her own.

—Forgiveness interrupts cycles of injury and retribution that come to grip our lives.   Kate Grosmaire recognized clearly the power that Conor’s violence held, not only take her precious daughter’s life but also to imprison and further dehumanize Ann’s memory.  Her resolution,”I knew that if I defined Conor by that one moment–as a murderer–I was defining my daughter as a murder victim–and I could not allow to happen,” was a generative engagement with the freedom and possibility of forgiveness.  She claimed the alternative power that was available to her. “Yes, he did something very terrible,” says Andy Grosmaire; ” But Conor is still the same person.”   His words resonate with those of Martin Luther King, Jr.: “We must recognize that the evil deed of the enemy-neighbor, the thing that hurts, never quite expresses all that he is.”  In affirming the humanity of the other person, however difficult, we affirm our own.  While Conor has expressed deep gratitude to the Grosmaires for the gift of their forgiveness, they are clear that they have done it for themselves and their own well-being.

—Forgiveness always involves  fidelity to the truth. This is where the inspired engagement of a restorative process is particularly relevant.  Bringing everyone together  established a context where there could be “a genuine process of encounter, of healing, of releasing new options for the future (G. Muller-Fahrenholz).”   Sujatha Baliga describes her perceptions entering the pre-plea conference that was now infused with the fragile, powerful possibility for futures not rigidly bound to the past: “I was confident about each person’s capacity to bring honest feelings and realistic expectations to the process.  In our weekly phone calls, Conor was consistent in his acceptance of responsibility, and seemed deeply sincere in his desire to spend the rest of his life repaying an unpayable debt.  His parents were able to hold him responsible while loving him unconditionally.  Michael came to the table with a profound capacity to explore how his parenting had affected Conor.  And the Grosmaires were dedicated to Ann’s death being transformed into a seed of something transcendent.  They were willing to participate in this process knowing that the truth of  what happened that night might test their capacity to forgive.”  And it did test their capacity, and that of all involved.  Jack Campbell, the Assistant States Attorney whose cautious and courageous engagement was essential, said: “It was excruciating to listen to them talk.”  Baliga says that Kate Grosmaire’s anguished description of the cost of Conor’s actions was “way tougher than anything a judge could say” to Conor.  And the description of the way that Ann’s life was invoked is breathtaking.  Read the accounts yourself.  They resist any effort to romanticize the events.

—Forgiveness is strongly manifested in the freedom to receive.    The  healing that continues to be realized began as “impossible,” for every understandable reason: the inconsolable grief of a parent; an atrocity that is inexcusable; a debt that can never be repaid; a justice system rooted in retribution; restorative justice practices that had never been engaged in negotiating the outcome in a capital case; the clear realization that nothing could bring Ann back or replace her.  Yet every step, every risk, every willingness to receive has been testimony to the possible.  Each shred of healing power released and acknowledged has been realized in the deep, textured, manifold relations these articles testify to.  Forgiveness is not something that can be forced or engineered.   The implications  for the future application of restorative justice practices in the criminal justice system are profound; each will be its own struggle.   Pioneers like Ms. Baliga and Howard Zehr have emphasized that forgiveness is neither a prerequisite for engaging a process of   restorative justice nor need it be the goal.  But exploring the interface between them can be an experience of grace, wonder, and possibility.  Christian folk would do well to risk immersing ourselves in this story; then go back and read the Advent narratives once more. 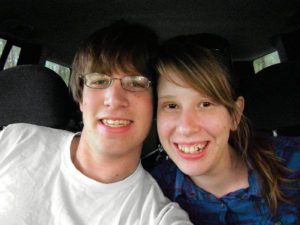