Where All of Us Belong(s) 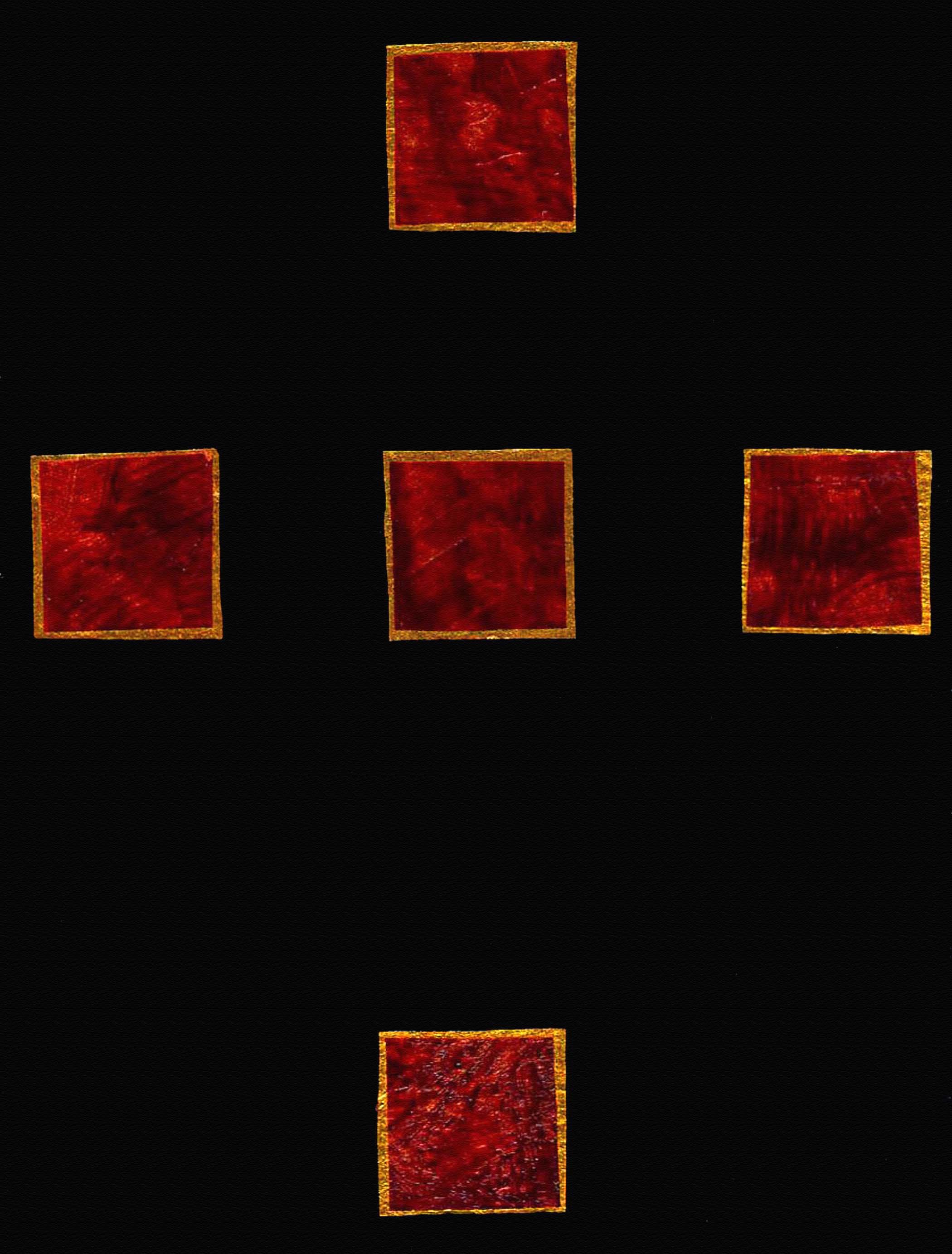 As we rise early on this Good Friday morning, I imagine that Simon Peter has not yet slept. Last night at dinner he insisted that even if one of the other disciples would betray Jesus, he would not. In the ensuing argument over who was the greatest, the strongest, and the most faithful, he had not given an inch. It was Jesus himself who had punctured his friend’s intensity: “Simon . . . Simon . . . listen. Satan has demanded to sift all of you like wheat.” Simon Peter’s vulnerability, fallibility, and his common condition with all the others were fact. Jesus continued: “But I have prayed for you that your own faith may not fail; and you, when once you have turned back, strengthen your brothers.”

Peter had insisted, “Lord, I am ready to go to prison with you and to death!” And Jesus had responded soberly, “I tell you, Peter, the cock will not crow this day until you have denied three times that you know me.” They had gone to Gethsemane, where Jesus had been seized by an armed crowd that included auxiliary police, clergy, and even some Consistory members. Peter wanted to fight, and Jesus stopped him: “No more of this.” Still, Peter, true to who he understood himself to be, had followed Jesus and the mob all the way to the high priest’s courtyard. But it was there he realized his apparent limits. Death was a barrier he could not face fully. Peter’s testimony changed: “I don’t know him. I’m not one of them. I don’t know what you’re talking about.” And from inside the house where he was being beaten, Jesus’ eyes had looked out and met Simon Peter’s just as the cock crowed.
It was a long night, giving way to today, a day defined –it would seem–by death.

“Father, forgive them, for they don’t know what they’re doing.” In a few hours these will be the words flowing from Jesus’ lips. A prayer of invocation, not unlike, ” I have prayed for you that your own faith may not fail.”

The first of Jesus’ “seven last words.” Intolerable words . . .. and within them, a saving proclamation.

In the gospels, forgiveness has rich and textured meaning:  to remove barriers; to unburden; to unbind; to liberate; to set free; to let go; to gift.  Divine forgiveness is the deep outpouring of who God is, in every part of our lives. I have come to recognize that everything is lived in “the giveness of God!” So we might say that forgiveness is the way that God’s love gives ultimate definition to our lives. Wonderful!

But this is also a problem. Because this is not the way the world has been administrated. It is not the way our lives have been ordered. The power of love is not the governing power of the systems of this world.

So the real-ization that God’s love is the greatest power shakes the foundations of life as we have known it, and it is why, throughout the life-giving stories of the gospels and of our lives, Jesus has received such opposition!

Why, when a woman is set free on the sabbath from a spirit of weakness that has bent her in half for eighteen long years, and is identified as a “daughter of Abraham,” a child of the promise–praise God!–there is a religious leader raging at Jesus. “You should have done it another day! She’s waited eighteen years; why not one more?”

Or why, at the outset of Jesus ministry,in the synagogue in Capernaum, a man seized by the fearful spirit of a threatened order cried out, “What have you to do with us, Jesus of Nazareth? Have you come to destroy us?”

In Holy Week, Jesus brings the agape love of God into direct engagement with the power of death: not just physical death, but the death of labeling and diminishment and utility and shame and exclusion. Love enters deeply into every realm of violence: physical, emotional, social, and spiritual. Into everything that obscures God-given, God-breathed beauty and gift. Now you tell me: Which is the greatest power? Is the power of might the greatest power, or is it the power of love? What is your testimony, or mine? Who are we? To whom do we really belong?

Simon, who becomes known as Peter, was among Jesus’ first disciples. Even in the simplicity of the gospel narratives, his story is deeply textured.

–With the others, he leaves his nets and follows Jesus. The terminology of action employed there, the verb aphiemi, is the most common verb translated as “to forgive.” Simon is released, and he lets Jesus lead him. This is not a commentary on the value of his work as a fisherman, but rather a deepening of vocation.

–Simon is the one whom, when Jesus says that it is easier for a camel to go through the eye of a needle than for a rich person to “enter” the kingdom of God, goes ballistic–“Then who can be saved?!!” He can’t comprehend this different measurement of stature and worth. Yet he will learn that what he has seen as impossible will not be so for God.

–Peter is also the one who, when Jesus asks, “Who do you say that I am?,” gives the right answer, “You are the Messiah.” But then, when Jesus says that the Son of Man must undergo great suffering, and be rejected by most of the religious people, and killed, and after three days rise again, Peter takes him aside to rebuke him, to correct him, to tell Jesus what a real Messiah should look like and behave like–something I’m afraid the church has been trying to do for about twenty centuries!

–Simon Peter is the one who pledges to follow Jesus to prison and to death (and I think he means it, or wants to), even as he is separating himself from identification with the other disciples. We really don’t know what we’re doing, even when we’re trying to do good. Peter does go all the way to the courtyard; but there, the threat of death strangles his testimony.  Let us allow ourselves  to feel his inner anguish, and the shame that envelops him.  A devastating failure.

The good news is that there is room in Jesus’ story for all of this–all of it!  All of what Simon Peter brings; all of what he has done, and all that he has failed to do.  Everything belongs– and so does everyone, including the people and things Simon Peter hasn’t judged worthy of inclusion.  Nothing is beyond the transforming power of God’s love in/through Jesus Christ.  In thw words of Richard Rohr, “God uses everything; there are no dead-ends.” (1)

Behold, the uncompromised nature of who Jesus is, and who Jesus reveals God to be. Father, forgive them for they don’t know what they’re doing. Father, let them, let their lives  be defined by the scope of your love.  Let your loving power reign even on this hellish day.

Throughout his ministry, Jesus opens up a human space emptied of the power of violence and might, because love and for-giveness reign.  That space is every relationship he is in.  Today, as Jesus directly faces life-taking power, Jesus continues to give, instead of giving-in. Jesus continues to fully embody who he is and the realm that he has come to reveal.  He interrupts the economy of death in a way that changes history, and that opens creative possibility.  He does it with those who come to arrest him, with the high priest, with Pilate, with the soldiers charged with ending his life.  Even they are not outside the love of God.  Their humanity is regarded by Jesus, even if they are not regarding it very well themselves.

And isn’t that what Jesus has taught his disciples, taught us, in the Sermon on the Mount: “Love your enemies, and pray for those who persecute you, so that you may b children of your Father in heaven”? The complete and inclusive nature of God’s love.

Some years back my friend Nichola Torbett wrote: “The Spirit vested in human beings the capacity to cultivate deep bonds of affection with anybody, no matter how unlikely, and to enter into solidarity with all of life.  We have the capacity to make a circle with no one outside it, to define ourselves as one interconnected life community.  This is a radical act in a culture driven by self-interest.” (2)   We see Jesus calling this circle together from the cross: “When I am lifted up, I will draw all people to myself.”

Yes, it has to be this way.  But not to satisfy the wrath of an angry God.     A new at-one-ment.  A transformation of history that leaves nothing out.  No denial. No amputation.

Anthony Bartlett has written: “The whole world has been set in motion toward the new humanity of Christ.  As the world is unlocked from its archaic orbit around death and violence, the sense of instability is immense and dangerous, but at the same time for those with eyes to see, the new center of gravity is experienced.  The wonderful thing is that as it comes into focus we understand that it has been at the core of things all along.” (3)

Forgiveness is not a transaction,  It is recognition.  It is the power that created us, our Source, the power that continues to infuse us, revealing itself also as our completion.

What about accountability?  There is nothing in the world that calls us to accountability more strongly than love.  In the life of our red-eyed, brokenhearted Simon Peter.  Simon . . Simon . . . listen.  Jesus brought the judgement of love, the forgiveness of God’s love even before Peter’s denials.

It won’t be that long before the Risen Christ appears on the Galilean seashore to a group of listless disciples, led by Simon Peter, who were overjoyed at the news of Christ’s rising but still shackled by the burden of their failures . . . he will walk Peter through his prison of denial . . . and he will commission his one again.  Is this the “turning” Jesus had spoken about before?  His “faith” will not fail because it is joined with Jesus’.  Liberated for a future with Jesus, with us–where we all belong.

(3)  Bartlett, A.  I think this was from one of Tony’s extraordinary facebook posts.   I would encourage all interested people to read: