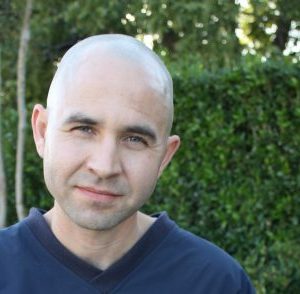 Rev. Dr. Chris J. Antal is Staff Chaplain at the Corporal Michael J. Crescenz VA Medical Center in Philadelphia, where he is involved in cutting edge treatment of moral injury borne by veterans.

He has been instrumental in establishing both the Moral Injury Group and the Community Healing Ceremony.  Chris is a Unitarian Universalist Minister serving the UU Congregation at Rock Tavern, NY.  For five years Chris was a U.S. Army Reserve  Chaplain, including deployment in Afghanistan in 2012-13.  He resigned  in a letter to the President in 2016, opposing the policies  of armed drones, nuclear weapons, and “preventative war.”

Chris refused to serve as an “empire chaplain.”  Take time to listen to this remarkably candid and wide-ranging conversation.