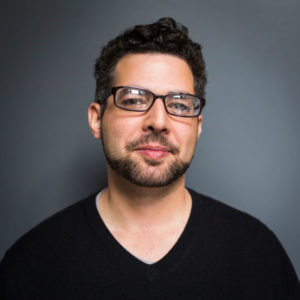 Zak Ebrahim is a peace educator, advocate for nonviolence, and the author of the book, The Terrorist’s Son: a story of choice.  Zak is the founder of the Zak Ebrahim Project, which is dedicated to building stronger, safer communities through addressing the root causes of hate-related behaviors.

Zak is the son of El-Sayyid Nosair, who in 1990 assassinated Rabbi Meyer Kahane, the head of the Jewish Defense League, when Zak was seven.  Later, while in prison, Zak’s father participated in the planning of the 1993 bombing of the World Trade Center in New York. Zak’s world was upended, with his family moving more than twenty times, and Zak haunted by his father’s actions and bullied.  His book articulates his journey through the years:  “(It) is the story of a boy inculcated in dogma and hate–a boy presumed to follow in his father’s footsteps–and the man who chose a different path.”

Over the last decade, Zak has shared his transformational journey in communities around the world, testifying to our capacity to make choices for a peaceful life.  As he does so, he shares his deep humanity.  Zak Ebrahim is a person who creates a place of hospitality and sanctuary for others with his way of being, welcoming us and the truth of our own stories.

You are invited to listen to a discussion of remarkable depth and richness. Zak’s life is a “forgiving” one!