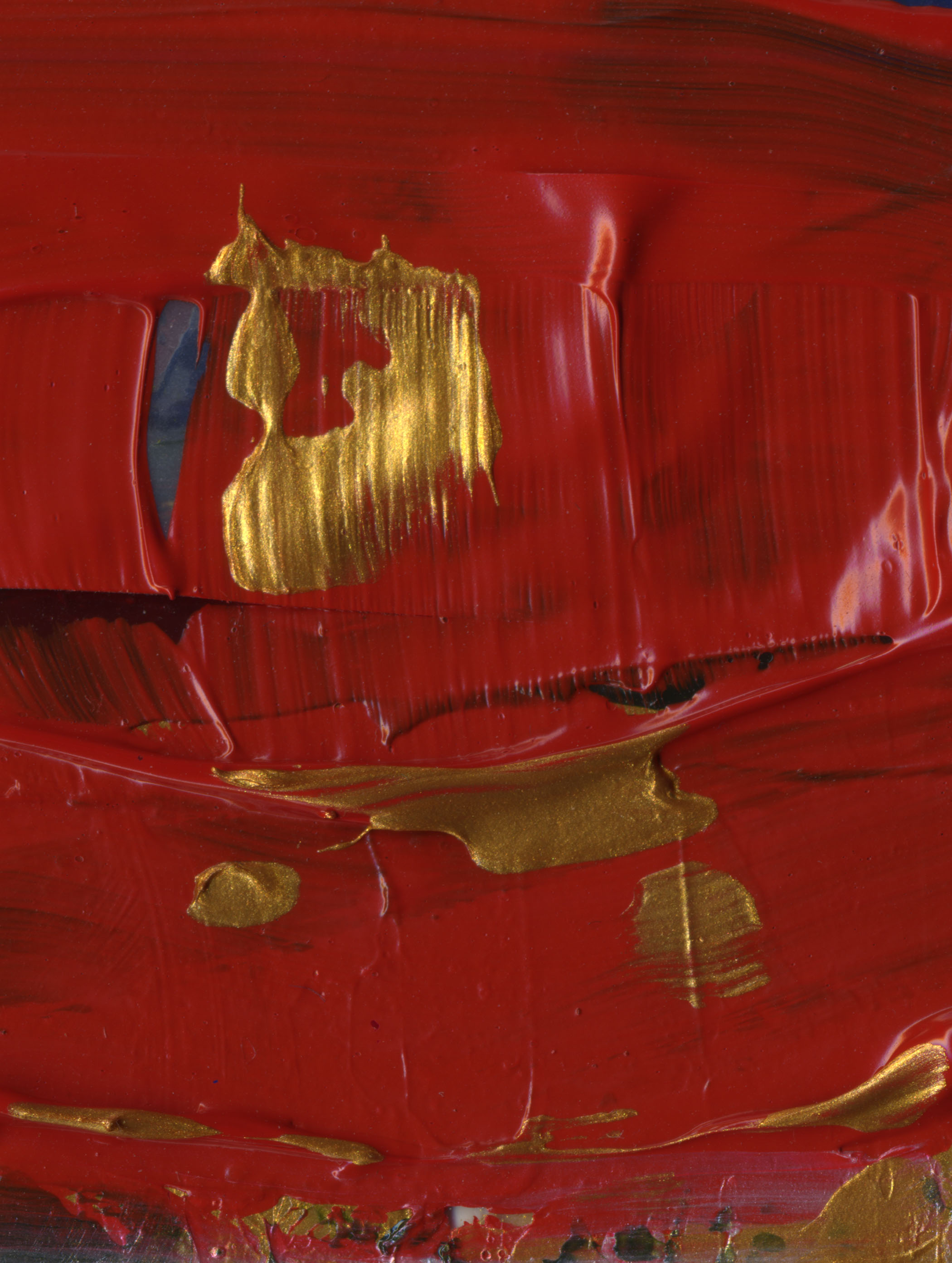 “Joseph, her husband, was a man of integrity.  Not wanting Mary to be disgraced, he intended to dismiss her quietly.  But while he was thinking about these things . . .”  –Matthew 1:19-20

Where is God in the midst of life’s unwarranted developments, disruptions, crises?  When we are confronted with circumstances we have not asked for, we are left with choices to make about how we respond.  The choices are often quite challenging.  Where is the good news of God’s love in such circumstances?  How is God gifting us at the very time when we are feeling anything but blessed?

The birth narratives explore this territory. Like the initial chapter of Luke’s gospel, Matthew Chapter One is fraught with God’s disturbing, life-giving, saving power.  As a result of God’s choosing, Joseph is given a choice to make.  It is an unwanted and difficult choice.  His betrothed, Mary, is pregnant with a child Joseph has not fathered, scandalizing the husband-to-be, rupturing the social order, and closing off permanently the future as it has been planned.

Joseph initially perceives two possibilities. On one hand, he can protest angrily and declare himself publicly to be the offended party.  In that case, Deuteronomy 22:20-22 might be applied, a terrifying possibility that accentuates the distance between Joseph’s social location and Mary’s.   The second choice he considers is to “dismiss her quietly,” offering a limited measure of mercy while still cutting her and the unborn child loose and absolving himself of any covenantal responsibility.  Both choices are violent: the first may be a death sentence for Mary and the child; the second is less aggressive but still leaves Mary to fend for herself and her unborn child in a hostile environment.   Matthew describes Joseph as “righteous,” a man of integrity. It is out of this good character, the text intimates, that Joseph decides for the “quiet dismissal,” not wanting Mary to be disgraced.  If we join the birth narratives together, we might surmise that Mary’s journey south to visit her cousin Elizabeth in Judea is the result of Joseph choosing option #2..

But I don’t want to get ahead of myself. For Matthew 1:18-25 begins: “This is how Jesus the Messiah was born.  After his mother Mary became formally engaged to Joseph, but before their union, Mary was found to be pregnant by the Holy Spirit.”  Quite a finding! Note that God is identified at the outset as the agent of disruption.  And God is inclusive: everyone’s order will be disordered.  At a personal level, God has unapologetically interfered in the established script for Joseph’s life, and with the culture’s binding expectations for Joseph and Mary’s future.  The heavy burden of applied shame is what Joseph seems left to anticipate during this unwelcome Advent.  If he is like most of us, “Why me?” will mark the substance of his prayer life.

There is, of course, a whole other way of understanding the very same event.  God is intervening in the crush of dominant history to save God’s people, indeed, to deliver God’s creation.  This is taking place at the most human of levels, from the inside out.

We should also note that everything is being done with giving.  This is God’s way.  Jesus is pure gift, new life given for all people, while being experienced very personally by Mary and Joseph.  Mary’s hospitality to this new life is a response to grace with grace, and promises to multiply the gift.  All of this is wonderful, but quite at odds with the dominant order in its political, cultural, and religious manifestations.  Until now, this dominant order has been giving Joseph and Mary their primary definitions.  Thankfully for Joseph there is more “on the way” than he has initially realized.

At this point I’d like us to consider that Joseph’s dilemma is actually a manifestation of God’s grace!  The angelic visit (received in Joseph’s undefended state)  brings this home.  According to the angel there is a third, previously unrecognized, choice being offered. It is the only choice not driven by fear  and laden with violence:  the offer of God’s gracious direction, and the opportunity to respond in the image of God.  This will require Joseph to embrace the “scandal” as the cornerstone of his new life.  It is the one path that offers deliverance, not only for Mary and the promise she carries within her, but for Joseph himself.  Untangled from collusion with death, he is released to enter the lifestory of Jesus in a primary way.

Please note the stunning level of freedom that God’s choice opens for each character.  Mary makes an autonomous decision of faith, the implications of which she fully claims for herself even as she humbly begins to realize its social impact: “My soul magnifies the Lord, and my spirit rejoices in God my Savior–Luke 1:46-47).  Hers is the ability to act beyond fear and coercion, even if it means doing so without Joseph.  Joseph is blessed by this crisis of salvation because of what God has already done with Mary, and how she has responded.  The angel comes to him while he is wrestling with his own conscience.

Sin can be understood in terms of distance: from God’s will, from one another, from our deepest and truest selves.  Joseph’s future with Mary, if there is to be one , will necessarily  be untethered from the tight grip of traditional expectations and demands.  Joseph’s deliberate movement toward Mary in the new social/spiritual landscape overcomes the prescribed distance between them, and makes creatively possible an uncommon new relationship between these perceptive mates.  Theirs is a beautiful translation of Matthew 1:21:  “Mary will bear a son, and you will name him Jesus, for he will save his people from their sins.”  And Joseph discerns the critical difference between reaction and response, the result of the angel’s prodding and more so  the example of Mary.  What glorious freedom it is to be set free from re-acting!

So often we consider our struggles of faith to be about our ability to summon some level of trust in God. Instead, Christmas is about willingness to  receive God’s trust in us.  Receiving life and freedom, hand-in-hand.  The Divine blessedly disrupts routine and assumption, entrusting God’s chosen ones (read: you and me) with the seeds of new life and peace for this world.  Their growth is ours to tend and nourish, to bear and to accompany.  There is no limit to the forms and expressions we might engage.  God is present in the midst of every dynamic situation, even those God has not authored.  The difficult choices will be the most gracious ones, the ones that matter.

Several years ago, while preaching from this text, I asked members of the congregation how they might behave when facing Joseph’s circumstance.  There was uncomfortable shifting and headshaking as they dared to draw closer to the heart of the story.  I asked one of the elders what he thought he would do in this situation.  His eyes widened, his mouth began to open, then he broke into a smile: “I’d go talk to my pastor!”  The people roared, and this delightful release prepared us for deeper examination.

What kind of freedom are you and I given by God as we are entrusted with the life of Jesus?:

–the freedom to receive God’s choosing?

–the freedom to for-give someone else?

–the freedom to embrace the “scandal” of  repentance rather than repeating the deathly choice between projectively scapegoating someone vs. dismissing their humanity “quietly?”

–the freedom to practice discerning a third choice, the only one not driven by fear or coercion, in every situation?

–the freedom to learn nonviolence?

–the freedom to love another person boldly and move toward them, even when everything seems to be going wrong?

–the freedom to practice our integrity and publicly do what we believe is right, discovering deeper dimensions of faithfulness and willingly accepting the consequences?

As we celebrate this season the tender, fragile life of Jesus born into such “mean estate,”  I cannot fail to remember countless young ones and parents caged and separated, terror and isolation inflicted upon them, their beauty and promise dishonored in the midst of this “holy season.”  The witness of these Gospel stories reminds me that I am not as powerfulness as I feel.  That I can welcome the dreams of God in the presence of this or any nightmare, and respond.